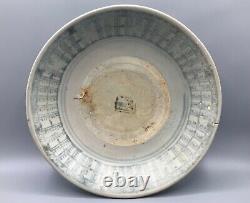 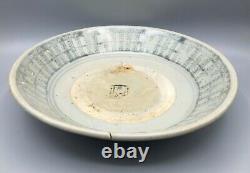 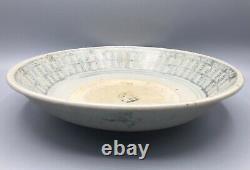 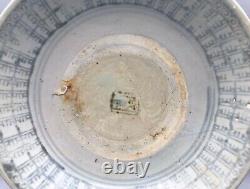 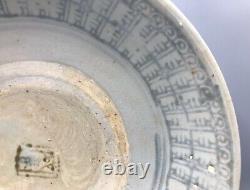 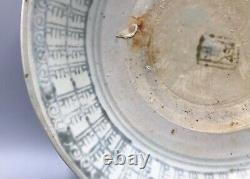 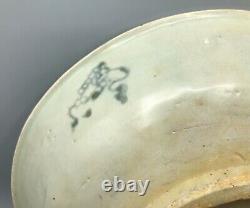 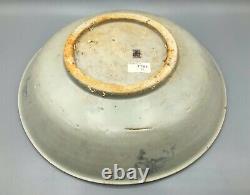 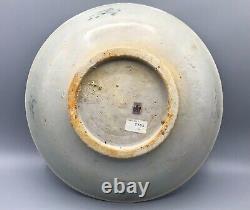 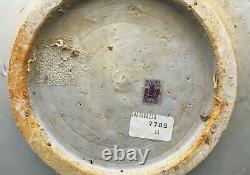 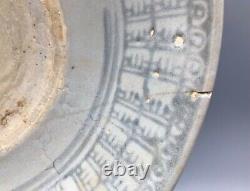 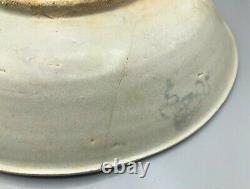 Tek Sing Chinese Shipwreck Cargo Large Block Print Dish. Salvaged from the Tek Sing decorated with a block print technique and with an unglazed stacking ring to the well.

Measures 27.5cm in diameter at the rim and 7cm tall. There is a small firing crack to the rim with an associated hairline crack (see last two photos) plus typical firing flaws otherwise in very good condition with light marine growth. Please see all photos for confirmation. The Tek Sing (Chinese, "True Star"). Was a large three-masted Chinese ocean-going junk which sank on February 6, 1822.

In an area of the South China Sea known as the Belvidere Shoals. The vessel was 50 meters in length, 10 meters wide and weighed about a thousand tons. Its tallest mast was estimated to be 90 feet in height.

The great loss of life associated with the sinking has led to the Tek Sing being referred to in modern times as the "Titanic of the East". Sailing from the port of Amoy (now Xiamen in Fujian, People's Republic of China), the Tek Sing was bound for Batavia, Dutch East Indies (now Jakarta, Indonesia) laden with a large cargo of porcelain goods and 1600 Chinese immigrants. After a month of sailing, the Tek Sing' s captain, Io Tauko, decided to attempt a shortcut through the Gaspar Strait between the Bangka-Belitung Islands, and ran aground on a reef. The junk sank in about 30m (100 feet) of water. On May 12, 1999, Michael Hatcher discovered the wreck of the Tek Sing in an area of the South China Sea north of Java, east of Sumatra and south of Singapore.

The Tek Sing' s recovered cargo was auctioned by Nagal auctioneers in Stuttgart in November 2000. This item is in the category "Antiques\Asian/Oriental Antiques\Chinese\Porcelain". The seller is "jedadiahwolf" and is located in this country: GB. This item can be shipped worldwide.